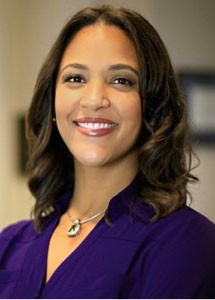 Dr. Evans studied Biology at the University of Houston. She received her medical degree from Baylor College of Medicine. Following medical school, Dr. Evans completed her residency in Obstetrics and Gynecology at George Washington University, where she served as Chief Resident of the OB/Gyn department her final year. Dr. Evans began her career in California where she worked as a generalist at Kaiser Permanente in the Diablo Service area. After two years, she moved to Texas and worked as a hospitalist for USMD. Dr. Evans offers full Obstetric and Gynecologic services, including minimally invasive surgical options. She is married and has two sons. Dr. Evans is active in her church community. She looks forward to establishing herself in Collin County as a competent and trusted physician.

Board Certified Fellow of the American Congress of Obstetricians and Gynecologists, Jan 2013 – Present