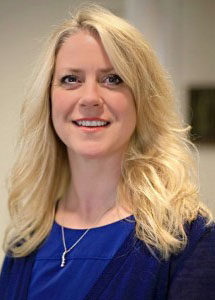 Dr. Bankston completed her undergraduate training at Austin College with a bachelor of arts in biology. She received her medical degree from the University of Texas Southwestern Medical School and then continued her residency training program in Obstetrics and Gynecology in Dallas at Parkland Hospital. She has been in private practice in Plano serving the North Texas community since completion of her residency in 1998. Dr. Bankston offers minimally invasive surgical procedures including robotic hysterectomy, oophorectomy, endometrial ablation, and treatment for uterine fibroids. Additionally, she has interests in weight and hormone management, biological clock testing, menopause medicine and adolescent gynecology. Routine and high risk obstetrics patients are cared for alike within her practice with first trimester genetic screening and antepartum fetal monitoring available on site. In addition to her busy practice, Dr. Bankston serves as the Vice Chief of Staff for The Medical Center of Plano. She has grown up in Collin County and is currently a resident of Fairview where she lives with her daughter, 3 horses, 2 dogs, and a turtle.

Board Certified – Obstetrics and Gynecology, 2001